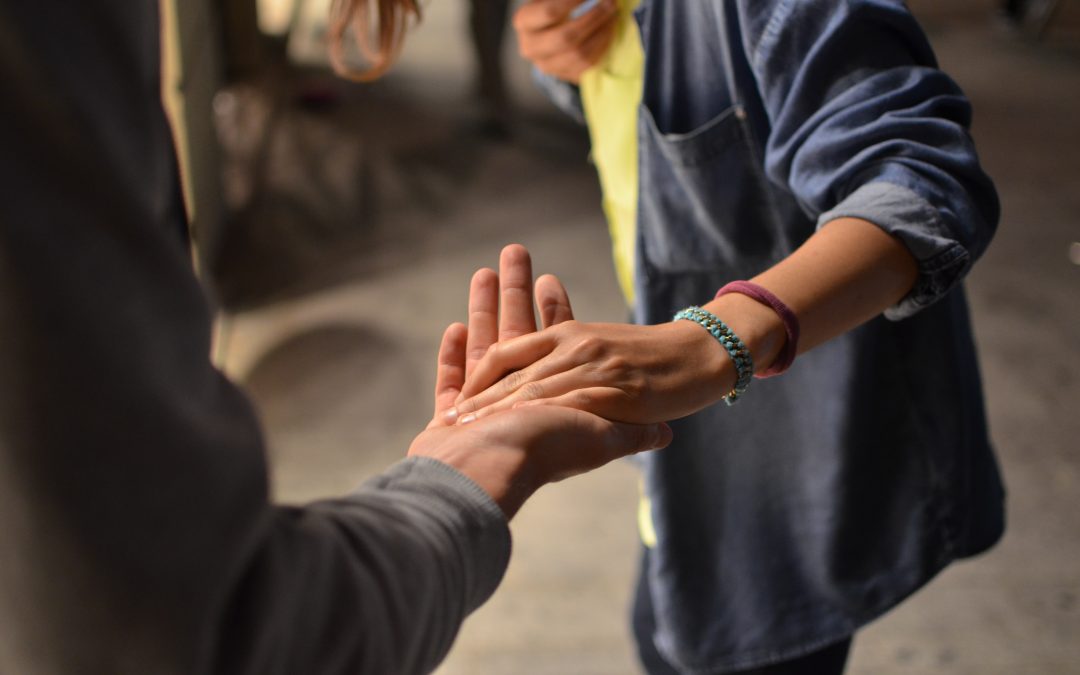 We live in a world of ever-increasing isolation and individualism. Coming to a church gathering is itself an act of defiance to the prevailing culture where we’re encouraged to do what we want when we want. But to gather as a church, we must. Why? Because, as Mark Dever states, “at the heart of Christianity is God’s desire for a people to display his character.”[1] I think the Apostles would agree. In Ephesians 3:10, Paul tells us that God has chosen to display his wisdom to the world through the church. Not through seminaries. Not through any other social organization. The church.

In this post, I want us to consider just how we do this. How do we collectively display God’s character to the world? One way to describe this task is what we know as discipling or disciple-making. It’s the burden of the New Testament witness that churches are gatherings of Christians that are rooted and grounded in disciple-making. One helpful way to consider this is by looking at the well-known “Great Commission” text in Matthew 28:18-20. I want us to consider what and how the kingdom of God should shape our disciple-making as Christians and churches.

And Jesus came and said to them, “All authority in heaven and on earth has been given to me.  Go therefore and make disciples of all nations, baptizing them in the name of the Father and of the Son and of the Holy Spirit, teaching them to observe all that I have commanded you. And behold, I am with you always, to the end of the age.”

The mandate seems simple enough. How can we misunderstand Jesus’ words? Go. Make disciples. Baptize them. Teach them. I am with you.

This is great news, it sparks the beginning of what we see and know today as ‘Christianity.’ It’s because of the obedience and faithfulness of certain individuals to this very command, over thousands of years, that we today can ourselves call upon the name of Jesus and praise him. May such a truth never become old for us; may we never forget to thank God for his kindness to us in mobilizing men and women through the ages to be faithful to this mandate.

But, I don’t want us to just hear this mandate and move on. Simply telling you to go and do likewise would amount to moralism, imitation for the sake of imitation. Pragmatism, even.

We need to connect this mandate to the overall mission and teaching of Jesus: it needs to be connected to the proclamation of the Gospel message. It is fundamentally the Gospel that calls for our obedience (see Romans 1:5; 15:18;16:26). The Christian’s obedience is not to be energized or performed by  Stoic duty, but always out of love, as a response to what God has done for us in Christ.

So what is the connection between the Great Commission and the obedience borne out of the Gospel, besides, of course, the Gospel being the message? It is this: far from being just a work of the heart, or just a change of our inward person, the Gospel is actually the good news of a reign, of a king and his kingdom.

Matthew begins his gospel by explaining that Jesus taught and proclaimed the “gospel of the kingdom” (4:23, 9:35). The reality is, the good news of Jesus is more pervasive than a “sinners prayer,” or an “evening of praise and worship.” It is a living rule, a reign, a kingdom in which Jesus is Lord.

He has come, not to just be worshipped on Sundays but to implement a new age, with new humanity, complete with a new charter. This is why Jesus can make the outrageous claim that all authority in heaven and on earth has been given to him (28:18).

Those who have repented and believed, those who have turned to Christ away from rebellion and self-righteousness, now enter into Jesus’ kingdom, Jesus’ reign. And with the work of the Spirit, there is a new allegiance, new obedience. And so here is where we find this mandate of disciple-making: it is essentially an outworking of the Gospel.

The Gospel, the mission of Jesus, reaches out to the lost, the depraved, the downcast, only to call them to imitate their King. What we have here in Matthew is a commissioning conference: Christians, those born again, born of the Spirit, are commissioned to make disciples. It’s simply part of what it means to be a Christian.

If we could use an analogy, we could talk of sports teams or any group that has the self-awareness of who they are, of what their identity is. Like any Kaiser Chiefs soccer player, to be given the team shirt is to say that you play the game. You’ve been drafted, you’ve been called, you’ve received the team jersey. To not pitch up, to not embrace the game “soccer” and actually take the field would be absurd.

And so it is with Christians. We don’t just have a team logo on our chest, we don’t just have coaches and fans to impress; we who belong to Christ have the Holy Spirit in us, who mobilizes us to spread the gospel of the kingdom.

It is in this very activity of being ambassadors for the kingdom that we understand disciple-making. Any church that is concerned about the gospel and its centrality in its life together, is necessarily going to be a church that cares about making disciples. It’s the mandate we’ve been given as Jesus’ representatives.

It’s my prayer, and the prayer of many others, that gatherings of Jesus all over this country would be marked by the mandate to make disciples of all those around us. It should be the burden of pastors and members that we would be proclaimers of the Gospel: the good news that in Jesus’ life, death, resurrection and ascension, a new way of being human is on offer: where sinners find forgiveness, where enemies become brothers, where the lost are found, and where dying is living.

This is because as disciples of Jesus, he calls us to pick up our crosses and follow him. If you’re reading this and you have not done this already, if you have not turned to Jesus in repentance and faith, trusting in his death on the cross for you, then I invite you to once again contemplate this good news of Jesus.

Embrace this King, embrace this mandate he calls us to; it’s what we were made for.

For those who have repented and believed, I’m not sure where you find yourself in relation to this mandate from Jesus. However, I can think of at least three categories of people.

First, perhaps you’re discipling out of duty, or to earn God’s favour. Recognize that God can disciple the nations without you, but that as an extension of his grace he calls us to join him. We serve him in this task out love, out of adoration for what he has done.

Second, you might be one of those who are not discipling at all. Your ‘Christian life’ is about you and some dead theologians. Recognize that that is not everything, but that Christ calls us on mission to serve others.

Third, maybe you’re not being discipled. You’re somewhat untouchable. It might be pride or it might be shame. Recognize that Jesus calls us all to link arms together in this task. No one is exempt. We need to trust God’s mandate and the way in which it is worked out—if it comes from him, then it is good.

So, disciple-making is the mandate of the risen Christ; it’s an overflow of the Gospel, it’s the proof of obedience of those whose allegiance has been turned over to the new King, through the power of the Spirit. May God give you strength and grace as you seek to be faithful to his commission.