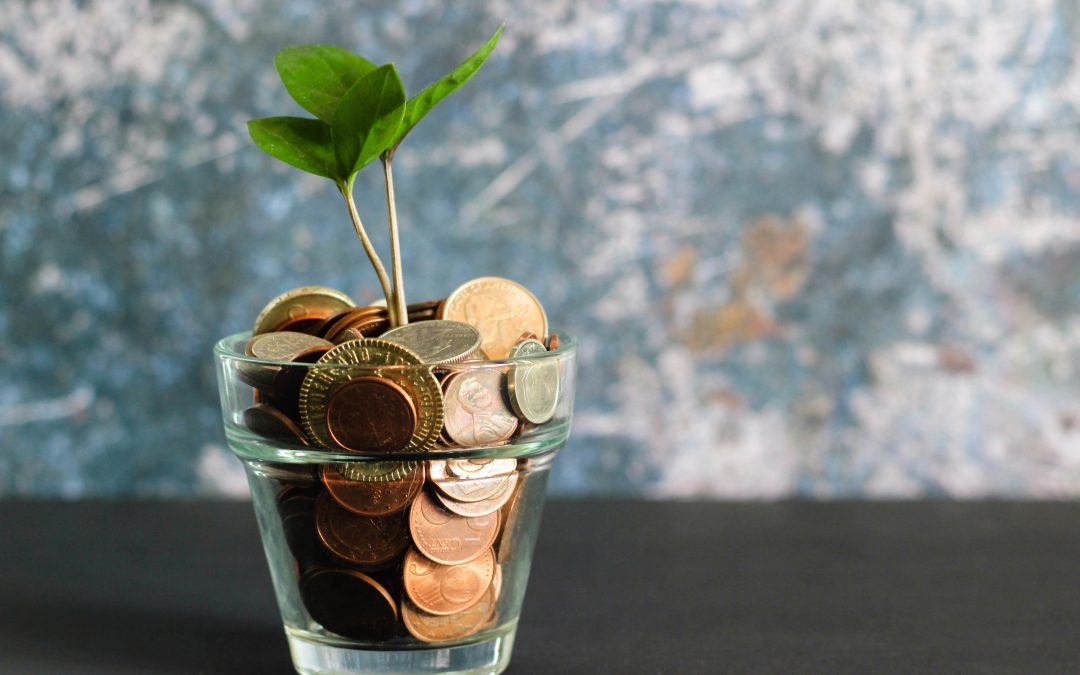 On the Prosperity Gospel

I was converted to Christ in the year 2000. At the time, I had lived as a lifelong Roman Catholic faithful. After my conversion, I sought to move to a protestant Church. The only one that was to be found near our home was an independent Charismatic Church. It was at that Church that I was introduced to a brand of theology that I later came to realize was called the ‘prosperity gospel’. Being a young believer, I lacked Biblical knowledge and had no theological discernment. Just to be clear, I know that whilst virtually all prosperity gospel proponents are charismatics, not all charismatics hold to the prosperity Gospel. Indeed, many are strong critics of it.

I then spent the next 11 years of my Christian life deeply steeped in prosperity gospel theology. As far as I was concerned, this was what Christians had always believed and practiced. I could not, for the life of me, imagine that there was anything remotely wrong with the belief system that I had come to dearly espouse. For a period in my journey, I also preached messages that were laced heavily with prosperity theology.

Things came to a turning point sometime in 2011 when I ran into the video seminar by Justin Peters dubbed ‘a call to discernment’. In that seminar, Justin put a sledgehammer to my beliefs in the prosperity gospel and completely destroyed them. He systematically undid every doctrine I held dear and showed me how unbiblical those doctrines were. There were friends and colleagues at work (I was an intern at a Church in Nairobi) who helped midwife me through the ensuing crisis of faith into a position of greater Biblical clarity. In many ways, I felt like I was reborn.

In summary, the prosperity gospel teaches that the blessings of health and wealth are guaranteed to the Christian in this life. The Christian is taught to lay claim to these blessings by engaging in faith-driven activities such as ‘sowing seed’ (giving financially as a means of gaining financial returns from God) and positive confession (speaking the reality you want into existence). Other doctrines that undergird the prosperity gospel include the belief that Christians are ‘little gods’ who can manipulate the world with ‘the force of faith’ to produce a reality in which health and wealth are theirs. The preachers of this gospel exist on a spectrum from megachurch pastors to unknown pastors in unknown parts of the continent.

In my view, the most fundamental issue that should concern us about the prosperity gospel is that it fuels idolatry. It has at the top of its system, not God, who alone is to be supremely valued and loved, but health and wealth. Now, it is true that all Christians struggle with the temptation to idolatry. John Calvin was right that the human heart is an idol factory. Also, even under the best possible teaching, Christians may still fall into idolatries of various kinds. Thus, the posture of the Christian should always be to identify and topple idols in their lives. Our Chief duty, after all, is to love God above all else. However, with the prosperity gospel, you have a belief system that actively assists the human heart in its natural propensity toward idolatry. Everything from the content of the preaching to the model of the ostentatious lives of prosperity preachers reinforces the idea that health and wealth is the defining achievement of the Christian. This, therefore, becomes the highest value that is pursued and God becomes a servant to that end. Idolatry is a grievous sin; a sin from which others tend to spring forth and follow. (Romans 1.19-31). The prosperity gospel and its preachers actually incline people to routinely engage in idolatry and possibly worse, cloak idolatrous desires with a garment of holiness.

The prosperity gospel also relies heavily on misinterpretation and misapplication of the Scriptures. Everything from a poor exegesis of individual texts to a bad (or no) Biblical theology works together to produce its doctrines. They seem Biblical but really, they are not. It is very possible to use the Bible in unbiblical ways. The prosperity gospel system makes up new meaning and then imports it into God’s word. It does so by failing to heed texts’ immediate context, their historical setting, and their place within the overall message of the Bible. I was surprised at how many of the doctrines I believed were proven wrong by simply reading the texts I based them on in their immediate context. It is also uncanny how often I hear professing Christians who are beholden to the prosperity gospel quoting texts but having no idea what the contexts surrounding those texts are.

Prosperity preachers also typically apply God’s covenant bound blessings to Abraham (Genesis 12, 15, 17 & 22) and to Israel (e.g. Deuteronomy 28.1-15) directly to Christians today. These two Biblical Covenants (Abrahamic and Mosaic) are generally misunderstood and misapplied to support the claims of the prosperity gospel. Eg, they would see God’s promise to bless Abraham with offspring, the land, a great name, long life, and a peaceful death as also directly belonging in some version to Christians today. Here, there is a failure to understand how these covenants have elements that are limited exclusively to those who were members of them in ways that do not apply to us in the same way. (eg, Galatians 3 helps unpack how the Abrahamic Covenant is ultimately fulfilled in and through Christ. Hebrews 8 unpacks how the Mosaic Covenant is fulfilled and abrogated in Christ and how we belong to a New Covenant)

The prosperity Gospel’s use of the scriptures is an area of concern primarily because it puts words into God’s mouth. It tells people to expect something from God which He has not promised them. In doing so, it sets them up for disillusionment with God when the said promise does not come to pass. Also, it dishonors the Holy Spirit who inspired the writing of the Scriptures by failing to rightly handle His word. (2 Timothy 2.15). Prolonged exposure to such a bad use of the scriptures is sure to be detrimental to the souls of the hearers.

It is quite difficult to grasp what the prosperity gospel has to say concerning suffering. In general, prosperity preachers embrace a policy of suffering avoidance or suffering denial. Suffering is treated as something that a Christian should not be in. If they find themselves in it, they are to see themselves as already on the way out of it. There really is no notion of bearing well under suffering, or rejoicing in tribulations; only escaping it. In some versions of the prosperity gospel, even admitting that one is suffering is considered taboo. Since words are considered to possess the power to attract a reality, confessing that one is sick is considered as further attracting and reinforcing said sickness. The alternative given is to say things like ‘sickness has no right to be in my body’ or ‘I am a good person fighting off sickness.’ This teaching and posture towards various forms of suffering fail to take into account the vast amounts of Biblical teaching on the inevitability and normative nature of suffering in this fallen world. (eg Romans 8.17-18, John 16.33, 1 Peter 4.12-13)

Over Realized concept of salvation.

Some prosperity preachers rightly note that Christ has purchased for us holistic salvation that encompasses not just our souls, but also our bodies. However, they fail to see that the fullness of our salvation will not be realized until after Christ returns and glorifies us. Those elements of our salvation that touch on perfect health and wholeness of our entire being are all scheduled to kick in after our resurrection and subsequent glorification. Thus, the prosperity gospel mistakes what we will be in our glorified existence with what we are now. It misses the Biblical note that, where we live as exiles in a hostile world that often resists, persecutes, and ejects us just like it did to our Lord. It also misses the point that our mortal bodies are still subjected to the futility that God imposed on creation after Adam’s initial rebellion. Hence why, though we are saved, we still age, fall sick and eventually die.

A final note on the prosperity gospel is that it obscures the true need of man and confuses what God’s solution to that need is. Man is a sinner under the wrath of God. His true need is to be rescued from this condition and be reconciled to God. Jesus came into the world to reconcile sinners to God by means of His death. Health and wealth in this life were not in view as a benefit of Christ’s death. It is not included as a promise of life in the New Covenant for this present earthly life. What was in view was that men repent and be brought into a saving relationship with God. In many cases, their outward circumstances would often become worse because they had been reconciled to God. For example, the Christians to whom Hebrews was written had had their property confiscated on account of their conversion to Christ (Hebrew 10.32-34.) James speaks of poor Christians as being rich in faith and heirs of the Kingdom (James 2.5) He offers no notion that their richness in faith would translate into material wellbeing. The danger here is that the prosperity gospel draws people to Christ with materialistic motives and teaches them an unbiblical view of what faith in Jesus means. By obscuring the gospel message or failing to proclaim it all together, prosperity preachers run the risk of producing many false converts who never had any true conviction of sin and weren’t actually turning to Christ for salvation from God’s eternal wrath. Rather, they were turning to Him for relief from economic pressures and the miseries of sickness and suffering. In doing so, they deceive men and send them on their merry way to eternal condemnation convinced that they are saved.

The prosperity gospel continues to be a dominant force in the popular Christianity of Africa. Just like I did, a lot of people are genuinely coming to faith in Jesus and then being brought up in Churches that are either fully given to this errant theology or have been partly infiltrated by it. Others, sadly, are wholly deceived about their salvation because the very ‘gospel’ they received was not the true gospel, but a counterfeit. In the end, there is a large swath of professing Christians in Africa who sincerely (though wrongly) hold on to the prosperity gospel as the true expression of Biblical Christianity. Let us seek to work, pray, and love these dear ones out of this dangerous deception.