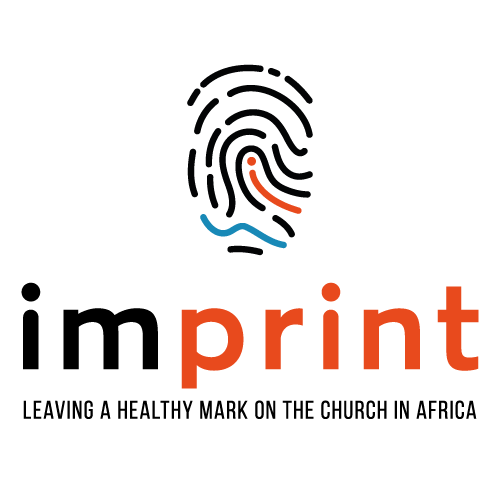 What we do in the name of Jesus Christ deserves the best that we have to give. Imprint has the vision to help to raise healthy church leaders by providing trustworthy biblical resources, discipleship, and training to leaders of local churches.

WHY DO WE EXIST?

Imprint wants to see the church in Africa strengthened and established through biblical resources, discipleship, and training. We want to provide access to sound theological resources through publishing, online media, informal training, and conferences. Through academic training, we equip and enrich the pastors, giving them a clearer knowledge of how to develop a healthy church. This, in turn, will equip the church to leave a healthy mark in their societies. We want to achieve this by working alongside local church leaders, providing academic support and tuition to enable them to reach their communities. The purpose is to reclaim the gospel in the growing church in Africa. We do everything we can to help pastors, and future pastors, to see what a biblically healthy church looks like, and to take practical steps to become one.

WHAT DO WE DO

Sipho is married to Lungi and they live in Estcourt with their son Lwethu and Tommy, their grandson. Sipho grew up within the Zionist Church, the third generation of his family to do so. Saved by God’s grace, he has a faithful ministry among Zionists today. He served as an Elder at Sterling Park Baptist Church, a church plant of Capitol Hill Baptist Church in Washington, then trained for Christian ministry at George Whitefield College in Cape Town. Sipho is passionate about equipping and bringing biblical teaching to Zionists, many of whom are biblically illiterate. At present, he is pastoring Estcourt Community Church and a recently planted Reformed Zionist Church in Christ, in the province of KwaZulu Natal in South Africa.

Doug Van Meter has served as the pastor-teacher of Brackenhurst Baptist Church since 6 July 1993. Doug’s primary ministry in the church is the exposition of Scripture each week from the pulpit. He is also responsible for the mission and discipleship ministries of the church and is involved in much counselling. Doug is married to Jill and has five daughters—Allison (married to Tommie), Katy, Lydia (married to Gomolemo), Jessica, and Danielle (married to Shane)—and a growing number of grandchildren.

Quintin Starkey joined the membership of Brackenhurst Baptist Church in 2009 and has served in a variety of capacities since then. His keen interest in missions work has helped him build relationships with various missionaries over the years and he heads up the missions planning team at the church. Quin, who runs a metal recycling business with his brother, was affirmed as an elder of the church on 15 November 2020. Quin has been married to Dennae since 2009 and together they have three daughters and a son.

Tommie van der Walt joined BBC in 2010 and has been actively involved in teaching and discipling over the years. After serving for several years as a missionary in Asia, Tommie returned to South Africa where he now serves as the ministry director of Imprint Training and Equipping, a ministry that seeks to leave a healthy imprint on the ever-growing church in Southern Africa. He was affirmed as an elder of the church on 15 November 2020. Tommie has been married to Allison since 2010 and together they have one daughter and two sons.

Tim serves as Sr. Pastor at Antioch Bible Church, and lectures at Shepherds’ Seminary.  He is married to Michelle, and they are blessed with five children.  They have been ministering in South Africa since 1998.